In this blog post we discuss our June 2022 report and provide more information on how to interpret the results. The PDF report can be found at the end.

Insight for the June 2022 Monthly Report

We hope that the expansion of drug checking services translates to greater access to harm reduction interventions that not only support individuals in mitigating risks within the unregulated drug market, but also support the community in making sense of regional drug supply trends. We are encouraged by our ongoing collaboration with VIHMS and PASS and are continuing to seek partnerships across the Island to expand and provide critical harm reduction services.

June also sparked off the festival drug checking season with four days of flaming, fantastic, phantasimc, and phanerothymic drug checking at the Otherworld festival piloted by the cool cats at Kindle Arts Society. Harm reduction as an act of radical love harmonises well with the ethos of the event so we were ecstatic to offer our services and were enchanted by the chaotic symphony of the event.

We would like to extend a gracious thank you and warm acknowledgement to Kristi and her team at VIHMS, Kristie and her team in Sooke, and Malcolm and his team at Otherworld for their outstanding and enthusiastic dedication to harm reduction and their determined efforts to implement drug checking services across Vancouver Island.

This blog, and the associated pdf report, breakdown our sample counts into four categories:

Listen…we try our best to come at you with hot alliterations jam packed with drugs and jargon that jive well with the current month, but June’s “J” is a struggle. “Jib” and “joints” jump to mind, but just those two do not do justice to the jubilant jumble of drugs checked. This June, we smashed our previous record for the number of drugs checked in a month with 610 samples vibrating and dancing across our instruments, over all locations, representing a wide range of drug categories. Fig. 1 shows the prevalence of each expected drug category checked, split by sample collection location/method.

Of note, none of the expected meth samples checked in Sooke and in Campbell River contained an additional active other than meth. The remaining 5 expected methamphetamine samples did not contain any meth: one was a misrepresented cocaine sample, another was primarily MSM with trace amounts of fentanyl detected (<0.1%), one sample was just MSM, and the final two samples were just sugar (one sample from Campbell River and another in Victoria).

82 expected cocaine samples were checked in June. 72% (59/82) were confirmed to be cocaine with no detectable cuts or adulterants. 16 samples contained an active component in addition to cocaine:

A considerable amount of MDMA/MDA was checked in June, largely at the Otherworld festival and by folks in Victoria gearing up for the festival season. 67% (56/83) of expected MDA/MDMA samples checked were confirmed to be the expected MDA/MDMA, with the MDMA-to-MDA mixup representing a majority of the remaining samples:

With as much MDMA as we tested in June, we saw the full display of MDMA’s colours. From white powders to light blue sand to grungy brown chunks to transparent purple crystals, MDMA’s outfits were as eclectic as those worn by the festival goers bringing in the samples.

K is still mostly K and was a close rival to MDMA for the most popular drug checked at Otherworld. 93% (38/41) expected ketamine samples checked were found to be ketamine with no other active compounds detected, however 3 samples were cut with MSM and another was cut with xylitol. One sample was found to contain both ketamine and MDMA (2%) and two samples did not contain any ketamine and were found to contain other active compounds:

62% (13/21) of the benzodiazepine samples checked in June came to our service in the form of pressed pills that were expected to be alprazolam (Xanax). Only two of the pressed pills were confirmed to contain alprazolam. Within the 11 other pressed pills, one sample was just a sugar pill, while the remaining samples were found to contain a benzo or benzo-related drug other than alprazolam:

The other 38% (8/21) of expected benzodiazepine samples came to us in the form of white or crystalline powders, none of which were “simply as expected”:

This June, 70% of all opioid-down samples checked contained an additional active to the expected fentanyl. Examining Fig 3. we can see that the down supply has remained consistently inconsistent:

Benzo-related drugs remain the primary contributor to the additional actives found in expected opioid-down samples with 49% (117/240) of expected opioid-down samples checked containing a benzo-related drug. Unexpected fentanyl analogues like fluorofentanyl (63 samples), and the sedative xylazine (44 samples) represent a majority of the remaining adulterants, though scattered detections of other drugs are still found and can be reviewed in the pdf report at the end of this blog.

The uptick in down samples that contained xylazine is notable, when compared to previous months. Xylazine is a veterinary tranquilliser/sedative, anaesthetic, and muscle relaxant that has not been approved for human use. Reported to be used to prolong the sedating effects of down, xylazine is being seen more frequently as an adulterant in the down supply across so-called North America. Xylazine can cause respiratory depression and a decreased heart rate, which when used in tandem with opioids and/or benzodiazepines, can complicate the effects of, and response to, an opioid overdose. Xylazine does not respond to naloxone. More details on xylazine can be found in this report by the Canadian Centre on Substance Use and Addiction.

Xylazine was first detected in the unregulated drug supply in so-called Canada in 2012. That is ten years of people rolling the dice for whether their purchase contains xylazine, regardless of whether or not somebody is intentionally seeking it, trying to avoid it, or is unaware of its existence. Individual and public health should not be left to games of chance. Rather than forcing people to navigate a potentially toxic and unpredictable market, policy makers could work smart, not hard, and actually listen to the people who use drugs who have been pointing to remedies to the unregulated market for decades: safer supply and decriminalisation of all drugs.

In June, we quantified fentanyl for 211 of the expected opioid-down samples containing fentanyl and found the median concentration to be 13.0%[2] with the average strength of fentanyl we normally see being around 15%. Though the median is a useful indicator, it doesn’t capture the volatility of fentanyl concentrations present in the opioid supply, as any one sample might be the lowest strength (0.1%) or the strongest (>80%[3]). Similarly, the concentration of etizolam was across the board in expected opioid down samples, ranging from 0.1% to >25%[3:1], with a median of 6.7%.

Check back next month for the July report! 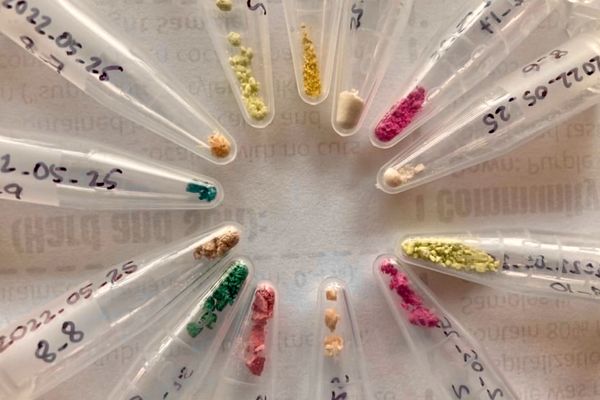 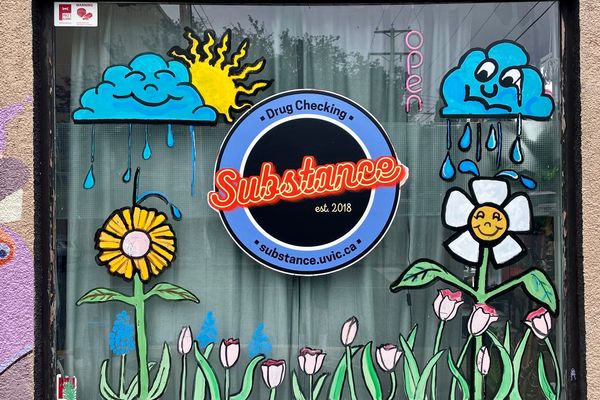 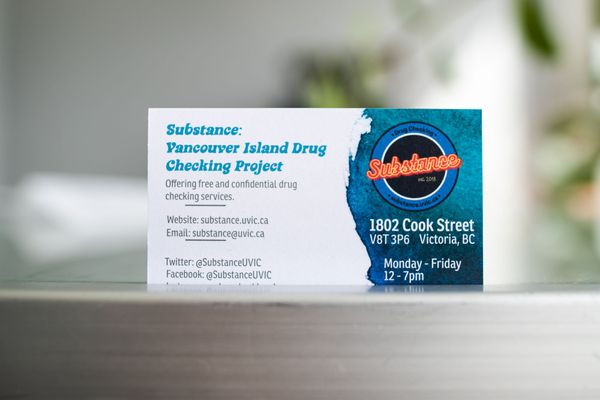